As someone who's always travelling I love spending any wifi-free hours catching up on my favourite podcasts.

There really is something for everyone out there and over the years I've found that a good mix of serious advice plus everyday chit-chat suits me just fine. Here, I've rounded up a selection of my favourites for you to sample along with some worthy runners up - just in case you're hungry for more.

Enjoy and if you've any more suggestions just let me know in the comments box below!

A popular lifestyle podcast from the woman behind Man Repeller, Leandra Medine. After her hit fashion-focused podcast Oh Boy Leandra turned her hand to Monocycle, a much more personal 10 to 15 minute look into every aspect of her life.

Good journalism takes time. Good journalism takes values. Good journalism is hard to come by, which is why Reveal, hosted by Al Letson and produced by some of the most talented journalists in the biz out of the Center for Investigative Reporting, should be listened to by anyone who wants to see journalists speak truth to power. Start with the ever-so-relevant episode on Trump’s adviser Steve Bannon but don’t forget to dig way into the archives because they’ve been out there, microphones and notebooks out, for 64 episodes so far.

Inspired by Vanity Fair editor Tina Brown, who coined the term ‘high low journalism’ in the 80s to denote an amalgamation of water-cooler gossip and hard-hitting cultural happenings, this podcast is based on the belief that a life well-lived is one that enjoys both the trivial and the political, from errant chin hair to Trumpian politics. A podcast by British journalists Dolly Alderton and Pandora Sykes, covering stories far and wide, from brows high and low.

Hosted by PJ Vogt and Alex Goldman, Reply All takes a relaxed and humorous look into the wonderful world of the internet. More observational comedy than Apple Helpdesk, this podcast touches on a huge variety of subjects with all the ease and familiarity of a conversation between friends.

This show is strange, absurd, ridiculous, baffling, and utterly unpredictable. If you’re a fan of Adam Buxton, you wouldn’t expect anything else. Oh and there’s an interview each episode, recent ones being Louis Theroux, Richard Ayoade and Michael Palin. Dry wit and sarcasm aplenty, this is one for fans of British humour. 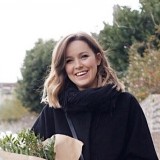